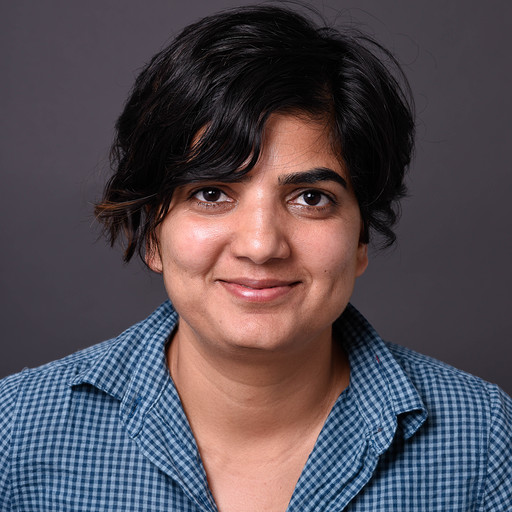 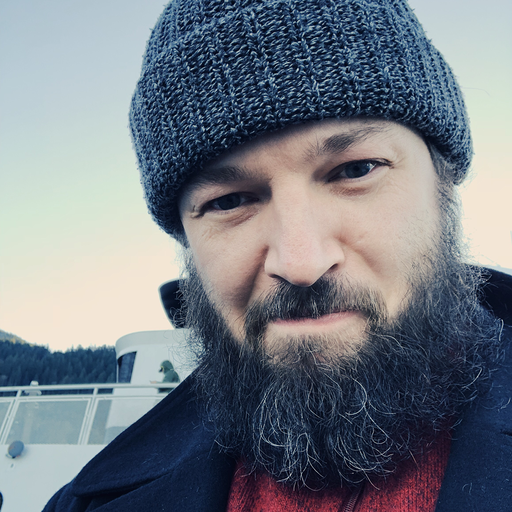 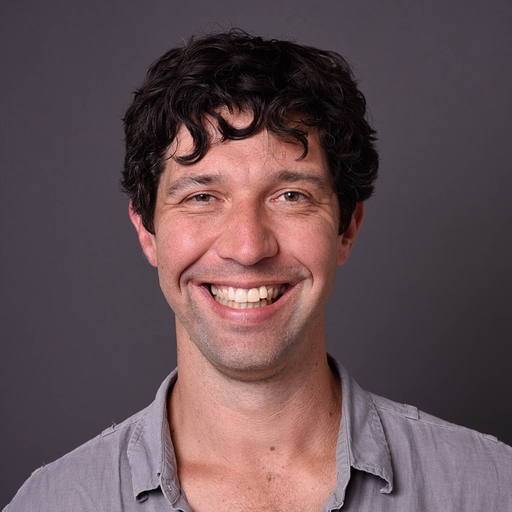 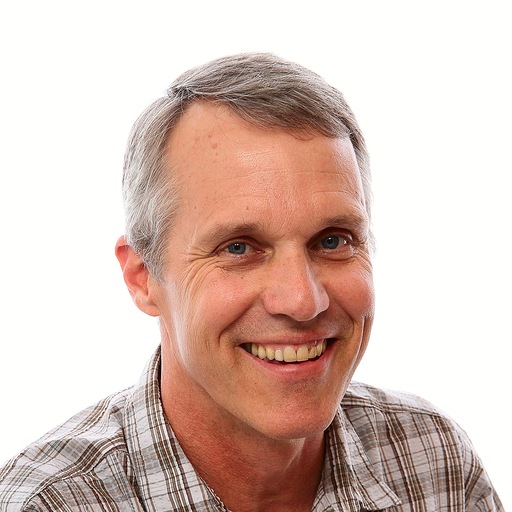 Slack uses a job queue system for business logic that is too time-consuming to run in the context of a web request. This system is a critical component of our architecture, used for every Slack message post, push notification, URL unfurl, calendar reminder, and billing calculation. On our busiest days, the system processes over 1.4 billion jobs at a peak rate of 33,000 per second. Job execution times range from a few milliseconds to (in some cases) several minutes.

The previous job queue implementation, which dates back to Slack’s earliest days, has seen us through growth measured in orders of magnitude and has been adopted for a wide range of uses across the company. Over time we continued to scale the system when we ran into capacity limits on CPU, memory, and network resources, but the original architecture remained mostly intact.

However, about a year ago, Slack experienced a significant production outage due to the job queue. Resource contention in our database layer led to a slowdown in the execution of jobs, which caused Redis to reach its maximum configured memory limit. At this point, because Redis had no free memory, we could no longer enqueue new jobs, which meant that all the Slack operations that depend on the job queue were failing. What made this even worse is that our system actually required a bit of free Redis memory in order to dequeue a job, so even when the underlying database contention was resolved, the job queue remained locked up and required extensive manual intervention to recover.

This incident led to a re-evaluation of the job queue as a whole. What follows is a story of how we made a significant change in the core system design, with minimal disruption to dependent systems, no “stop the world” changeovers or one-way migrations, and room for future improvements.

Around this time last year, the job queue architecture could be sketched out as follows, and will be roughly familiar to people who have created or used a Redis task queue:

Life of a Job

The post-mortem of the outage led us to conclude that scaling the current system was untenable, and more fundamental work would be required.

Some of the constraints we identified were:

Each of these problems suggests a variety of solutions, from investing further work in scaling the existing system, to a complete ground-up rewrite. We identified three aspects of the architecture we felt would address the most pressing needs:

We knew that implementing all these potential architectural enhancements would require significant changes in the web app and the job queue workers. The team wanted to focus on the most critical problems and gain production experience with any new system components rather than attempt to do everything at once. A series of incremental changes felt like the most efficient way to make progress towards productionizing the revised system.

The first problem we decided to address is that we couldn’t guarantee write availability during queue buildup. If the workers dequeue jobs at a rate slower than the enqueue rate, the Redis cluster itself would eventually run out of memory. At Slack’s scale, this could happen very quickly. At this point the Redis cluster would be unavailable to accept writes to enqueue any additional jobs.

We thought about replacing Redis with Kafka altogether, but quickly realized that this route would require significant changes to the application logic around scheduling, executing, and de-duping jobs. In the spirit of pursuing a minimum viable change, we decided to add Kafka in front of Redis rather than replacing Redis with Kafka outright. This would alleviate a critical bottleneck in our system, while leaving the existing application enqueue and dequeue interfaces in place.

Here is a sketch of the incremental change to the job queue architecture with Kafka and its supporting components in front of Redis.

The first challenge we faced was how to efficiently get a job from our PHP/Hacklang web app into Kafka. Although we explored existing solutions for this purpose, none were well-suited for our needs, so we developed Kafkagate, a new stateless service written in Go, to enqueue jobs to Kafka.

Kafkagate exposes a simple HTTP POST interface whereby each request contains a Kafka topic, partition, and content. Using the Sarama golang driver for Kafka, it simply relays the incoming HTTP request into Kafka and returns the success/failure of the operation. With this design, Kafkagate maintains persistent connections to the various brokers and can follow the leadership changes, while offering a low latency simple interface to our PHP/Hack web application.

In the future, we are considering a further optimization of having a Kafkagate service running locally on the web app host to avoid an extra network hop when writing to Kafka.

Relaying Jobs from Kafka to Redis

The next new component in the architecture addresses the need to relay jobs out of Kafka and into Redis for execution. JQRelay is a stateless service written in Go that relays jobs from a Kafka topic to its corresponding Redis cluster. While designing this service, we had to think about the following:

In the earlier system, the web app (written in PHP and Hack) would JSON encode a representation of the job when storing it in Redis. Subsequently, the job queue worker (also written in PHP) would decode the job payload for execution. In the new system, we relied on JQRelay (written in Go) to decode the JSON encoded job, examine it, and then re-encode in JSON and write it to the appropriate Redis cluster. Sounds simple enough, right?

It turns out that both the golang and the PHP JSON encoders have some unexpected quirks related to escaping characters that caused us some heartache. Specifically, in Go, <, >, and & characters are replaced with equivalent unicode entities by default, and in PHP, / characters are “escaped” with a by default. Both of these behaviors resulted in issues where the JSON representation of a data structure would differ between the two runtimes, a situation that didn’t exist in the original PHP-only system.

When a JQRelay instance starts up, it attempts to acquire a Consul lock on an key/value entry corresponding to the Kafka topic. If it gets the lock, it starts relaying jobs from all partitions of this topic. If it loses its lock, it releases all resources and restarts so that a different instance can pick up this topic. We run JQRelay in an EC2 auto-scaling group, so that any failed machines are automatically replaced into service and go through this lock flow. When combined with this Consul lock strategy, we ensure that all Kafka topics used by the job queue have exactly one relay process assigned to them, and failures automatically heal themselves.

JQRelay relies on Kafka commit offsets to track jobs in each topic partition. A partition consumer only advances the offset if the job is successfully written to Redis. In the event of a Redis issue, it retries indefinitely until Redis comes back (or the Redis service itself is replaced). Job specific errors are handled by re-enqueuing the job to Kafka instead of silently dropping the job. This way we prevent a job-specific error from blocking all progress on a given queue, but we keep the job around so that we can diagnose and fix the error without losing the job altogether.

JQRelay respects the rate limits configured in Consul when writing to Redis. It relies on the Consul watch API to react to rate limit changes.

Our cluster runs the 0.10.1.2 version of Kafka, has 16 brokers and runs on i3.2xlarge EC2 machines. Every topic has 32 partitions, with a replication factor of 3, and a retention period of 2 days. We use rack-aware replication (in which a “rack” corresponds to an AWS availability zone) for fault tolerance and have unclean leader election enabled.

We set up a load test environment to stress our Kafka cluster before rolling it out to production. As part of load testing, we enqueued jobs to various Kafka topics at their expected production rate. This load testing allowed us to properly size our production Kafka cluster to have sufficient headroom to handle individual brokers going down, cluster leadership changes and other administrative actions, and to give us headroom for future growth of the Slack service.

It was important to understand how different Kafka cluster failure scenarios would manifest in the application, e.g. connect failures, job enqueue failures, missing jobs, and duplicate jobs. For this, we tested our cluster against following failure scenarios:

In all these scenarios, the system functioned as we expected and we hit our availability goals.

We used our load test setup to identify an optimal throttle rate for safe data migration across brokers. In addition, we experimented with using a lower retention period during migration (since we don’t need to retain a job after it has successfully executed).

With 1.4 billion jobs flowing every day, we would prefer to selectively migrate partitions, instead of topics, across brokers. This is planned as part of future work.

Rolling out the new system included the following steps:

Adding Kafka to the job queue was a great success in terms of protecting our infrastructure from exhaustion of Redis memory. Let’s walk through the scenario where we have a queue build up again: In the old system, if the web app sustained a higher enqueue rate than the job queue dequeue rate, the Redis cluster itself would eventually run out of memory and cause an outage. In the new system, the web app can sustain its high enqueue rate as the jobs are written to durable storage (Kafka). We instead adjust the rate limits in JQRelay to match the dequeue rate or pause enqueues to Redis altogether.

In the broader picture, this work has also improved the operability of the job queue, with configurable rate limits and durable storage for when job enqueues outstrip our execution capacity — finer-grained tools than we had at our disposal before. Clearer client semantics will help our application and platform teams make more confident use of the job queue. And the infrastructure team has a foundation for continued improvements to the job queue, ranging from tying JQRelay’s rate limiting to Redis memory capacity to the larger goals of improving the scheduling and execution aspects of the system.

Even with new systems like this in place, we are always looking for ways to make Slack more reliable. If you’re interested in helping, get in touch.