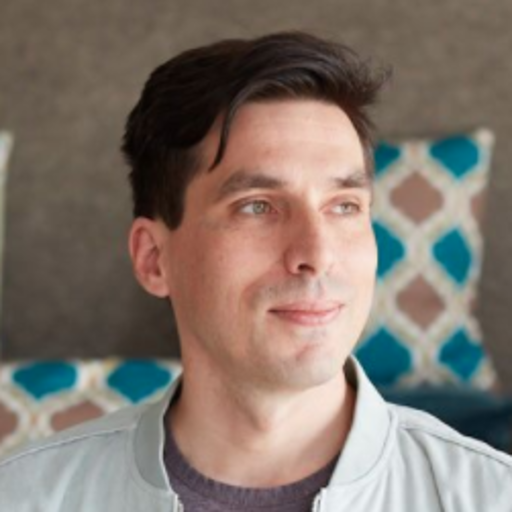 Slack uses PHP for most of its server-side application logic, which is an unusual choice these days. Why did we choose to build a new project in this language? Should you?

Most programmers who have only casually used PHP know two things about it: that it is a bad language, which they would never use if given the choice; and that some of the most extraordinarily successful projects in history use it. This is not quite a contradiction, but it should make us curious. Did Facebook, Wikipedia, WordPress, Etsy, Baidu, Box, and more recently Slack all succeed in spite of using PHP? Would they all have been better off expressing their application in Ruby? Erlang? Haskell?

Perhaps not. PHP-the-language has many flaws, which undoubtedly have slowed these efforts down, but PHP-the-environment has virtues which more than compensate for those flaws. And the options for improving on PHP’s language-level flaws are pretty impressive. On the balance, PHP provides better support for building, changing, and operating a successful project than competing environments. I would start a new project in PHP today, with a reservation or two, but zero apologies.

Uniquely among modern languages, PHP was born in a web server. Its strengths are tightly coupled to the context of request-oriented, server-side execution.

PHP originally stood for “Personal Home Page.” It was first released in 1995 by Rasmus Lerdorf, with an aim of supporting small, simple dynamic web applications, like the guestbooks and hit counters that were popular in the web’s early days.

From PHP’s inception, it has been used for far more complicated projects than its creators anticipated. It has been through several major revisions, each of which brought new mechanisms for wrangling these more complex applications. Today, in 2016, it is a feature-rich member of the Mixed-Paradigm Developer Productivity Language (MPDPL) family[1], which includes JavaScript, Python, Ruby, and Lua. If you last touched PHP in the early ‘aughts, a contemporary PHP codebase might surprise you with traits, closures, and generators.

First, state. Every web request starts from a completely blank slate. Its namespace and globals are uninitialized, except for the standard globals, functions and classes that provide primitive functionality and life support. By starting each request from a known state, we get a kind of organic fault isolation; if request t encounters a software defect and fails, this bug does not directly interfere with the execution of subsequent request t+1. State does reside in places other than the program heap, of course, and it is possible to statefully mess up a database, or memcache, or the filesystem. But PHP shares that weakness with all conceivable environments that allow persistence. Isolating request heaps from one another reduces the cost of most program defects.

Second, concurrency. An individual web request runs in a single PHP thread. This seems at first like a silly limitation. But since your program executes in the context of a web server, we have a natural source of concurrency available: web requests. Asynchronously curl’ing to localhost (or even another web server) provides a shared-nothing, copy-in/copy-out way of exploiting parallelism. In practice, this is safer and more resilient to error than the locks-and-shared-state approach that most other general-purpose languages provide.

Finally, the fact that PHP programs operate at a request level means that programmer workflow is fast and efficient, and stays fast as the application changes. Many developer productivity languages claim this, but if they do not reset state for each request, and the main event loop shares program-level state with requests, they almost invariably have some startup time. For a typical Python application server, e.g., the debugging cycle will look something like “think; edit; restart the server; send some test requests.” Even if “restart the server” only takes a few seconds of wall-clock time, that takes a big cut of the 15–30 seconds our finite human brains have to hold the most delicate state in place.

The Case Against PHP

If all of the above is true, why all the hate? When you boil the colorful hyperbole away, the most common complaints about PHP cluster around these root causes:

Lest I seem like an unreflective PHP apologist: these are all serious problems that make defects more likely. And they’re unforced errors. There’s no inherent trade-off between the Good Parts of PHP and these problems. It should be possible to build a PHP that limits these downsides while preserving the good parts.

That successor system to PHP is called Hack[3].

Hack is what programming language people call a ‘gradual typing system’ for PHP. The ‘typing system’ means that it allows the programmer to express automatically verifiable invariants about the data that flows through code: this function takes a string and an integer and returns a list of Fribbles, just like in Java or C++ or Haskell or whatever statically typed language you favor. The ‘gradual’ part means that some parts of your codebase can be statically typed, while other parts are still in rough-and-tumble, dynamic PHP. The ability to mix them enables gradual migration of big codebases.

Rather than spill a ton of ink here describing Hack’s type system and how it works, just go play with it. I’ll be here when you get back.

It’s a neat system, and quite ambitious in what it allows you to express. Having the option of gradually migrating a project to Hack, in case it grows larger than you first expected, is a unique advantage of the PHP ecosystem. Hack’s type checking preserves the ‘think; edit; reload the page’ workflow, because the type checker runs in the background, incrementally updating its model of the codebase when it sees modifications to the filesystem. The Hack project provides integrations with all the popular editors and IDEs so that the feedback about type errors comes as soon as you’re done typing, just like in the web demo.

Let’s evaluate the set of real risks that PHP poses in light of Hack:

Hack provides an option that no other popular member of the MPDPL family has: the ability to introduce a type system after initial development, and only in the parts of the system where the value exceeds the cost.

Hack was originally developed as part of the HipHop Virtual Machine, or HHVM, an open source JIT environment for PHP. HHVM provides another important option for the successful project: the ability to run your site faster and more economically. Facebook reports an 11.6x improvement in CPU efficiency over the PHP interpreter, and Wikipedia reports a 6x improvement.

Slack recently migrated its web environments into HHVM, and experienced significant drops in latency for all endpoints, but we lack an apples-to-apples measurement of CPU efficiency at this writing. We’re also in the process of moving portions of our codebase into Hack, and will report our experience here.

We started with the apparent paradox that PHP is a really bad language that is used in a lot of successful projects. We find that its reputation as a poor language is, in isolation, pretty well deserved. The success of projects using it has more to do with properties of the PHP environment, and the high-cadence workflow it enables, than with PHP the language. And the advantages of that environment (reduced cost of bugs through fault isolation; safe concurrency; and high developer throughput) are more valuable than the problems that the language’s flaws create.

Slack Technologies, Inc. is looking for great technologists to join us. Apply now

Hacklang at Slack: A Better PHP